Music has always been in my life. My dad is a musician and his side of the family are literally all musical. My mum was a music and culture journalist, social activist, and single parent who kept me close to her. In much of my childhood I was immersed in her study and work environments, going to interviews, concerts, protests, uni, community events, and radio stations, which I believe has largely shaped who I am today.

At 13, I went to high school in the US and had the opportunity of living amongst the music culture of Memphis, New York and New Orleans which was a real eye opener for me both culturally and musically. I returned to Sydney and attended Newtown Performing Arts High School where I learnt to develop my voice and became the vocalist of a rap group from Lidcombe called Brotherhood. I later formed a rap duo called 2Indij (2in1) with my long-time friend Ebony Williams, via Urban Theatre’s Hiphopera 95. We wrote songs ‘Open Up Your Mind’ and ‘Savage Existance’ which was our way of challenging Pauline Hanson and racism at that time. We got loads of triple j and community radio airplay and gigs until I moved to London in ‘98. I also performed in theatre productions and hosted a weekly radio program called ‘Sassy’ on Radio Skid Row and ‘The Funky Diva’s’ on Koori Radio.

After school I worked in hospitality, travel, entertainment ticketing and TV media for 10 years living in London, Auckland, Sydney and regional NSW. Now and then, I’d jump back into music joining bands (South West Syndicate, The Carl Stuart Band, Dukebox, and The Renegades Of Munk). It was when I worked on the ‘Jersey Boys’ musical theatre production as the Ticketing & Production Accounts Coordinator and I realised that I really loved working behind the scenes. I started the monthly Redfern Night Market featuring live art, music and DJs, and began working at Koori Radio as the Artist Development & Event Coordinator and producing the music programs and events like Klub Koori and Yabun Festival, and I began broadcasting again.

I then joined APRA AMCOS where I worked on the equity and professional development programs. I also managed the delivery and coordination of the SongHubs Global Songwriting Camps and continued to contract for Yabun Festival and various music programming roles.

Today I am the Managing Director & Founder of Ace Agency and X-Change Music initiatives. I also manage the electronic pop duo AYA J.

Tell us a bit about the X-Change Program and Ace Agency, what artists do you work with/have you worked with directly? What does the program entail?

Ace Agency is a boutique events and music management agency based in Sydney, Australia. I manage Angus Field, the lead singer of AYA J, a pop-electro duo who I met during the recent X-Change Music Initiative. I’ll be expanding the Ace Agency roster and projects over the next 18 months and I am super excited.

From your perspective, what is the one thing that that people could adopt to better support under-represented artists?

Increase and empower culturally diverse industry people and businesses. They are absolutely key in leading and implementing better support for underrepresented artists.

Is there anyone you’d like to mention that inspires you in this space?

There are so many people who inspire me. Many I’ve had the privilege of working with or admire. I’m inspired by Leah Flanagan and the work she’s done with developing NATSIMO. I admire the contribution that Kirsty Rivers and Sarah Hamilton make day to day chipping away for equity. I am blown away at the rising Black and Brown indie subculture groups carving their niche and taking the lead on the current groundswell happening across Australia and the world right now.

So many! I would love to keep growing the X-Change Music Initiatives for artists in Australia and internationally and welcome all support and collaborations. I am also keen to get some showcases happening far and wide!

Build a music community and network of peers around you. They will become your biggest cheerleaders.

What do you think is currently the biggest threat to artists or the industry and what would you do to change it?

The feeling of isolation and the unknown is incredibly challenging for everyone. With many jobs affected, it’s integral the Government work with industry to get to through its next phase.

2020 has been a really challenging year for the music industry. Has there been anything positive that you’ve taken from the year and would like to continue with moving forward?

2020 provided me space to plan Ace Agency and launch the X-Change Music Initiatives pilot program in December 2020. Ace Agency will continue to develop and diversify moving forward. As devastating as the impact has been on the music industry, a lot of new enterprises have had the opportunity to sprout.

Do you feel that higher education is necessary to get into the music industry?

I don’t think it is necessary but it can provide the tools for a career in music. I believe higher education comes in many forms – through life experience, various interactions, and perspectives which can be just as valuable.

Yes, many. I’ve drawn on adversities to inspire change and adaption in moving forward, and from that, I started Ace Agency.

Where do you live and what is your local music scene like at the moment?

I’ve just moved to Coogee – home of the iconic venue Selina’s. There are lots of fun cover bands playing throughout the week.

Who are your top 3 Australian artists to watch right now? 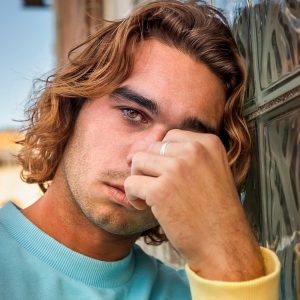 If you could work alongside an Australian artist that you have yet to work with, which artist would that be and in what capacity?

Hands down, I would love to work with Archie Roach. I’ve watched him playing since I was a little girl and I recently read his autobiography, ‘Tell Me Why’. I am in awe of his spirit and his storytelling. I would be honoured to work with Uncle Archie Roach in any capacity or even make him a cuppa!

Bon Jovi’s ‘It’s My Life’ and Kim Carnes’ ‘Bette Davis Eyes’. I don’t really love karaoke TBH, but my late friend Guyleen would write my name down with those songs for a laugh at the pub. Ironically, I caught swine flu at Guyleen’s karaoke birthday party, and now have two songs in my karaoke repertoire.