You do multiple things, can you please list them all?

I’m currently an Advisor to APRA AMCOS on a part-time basis, mostly supporting our Member Services Group through R+D work and also part of the implementation team for our new business platform, CLEF.

I sit on a few Boards, including the Australian Music Centre (AMC), the Archie Roach Foundation and I’m the Chair of Support Act.

And, just to round things out, I’m about to kick off a research project for Creative Victoria which is essentially looking to map the Aboriginal music artist population across Victoria.

Describe a normal day in the life of Sally Howland…

On work days, coffee is the first order of the day. Then I might go for a run or walk around the bay at St Kilda. Catch up on the news (both trad and online), then motor into the office at Richmond. I could be working on a range of issues, but typically it could be prepping around Business Readiness for CLEF. That is; what does the business need to do prior to switching from our current platform to the new one? This role also sees me acting as a bridge between our business units and the IT Dept. Other activities could be liaising with our ATSI (Aboriginal and Torres Strait Islander) Music Office on various projects or working with my R+D colleagues on the next big thing.

I’m in Sydney every other week and those days will see me attending Board meetings for Support Act and the AMC. Aside from that I seem to always be planning, meeting and then some more planning.

It was just chance really. Never an academic, I did really poorly in the HSC. Coupled with the fact that I didn’t have a ‘calling’ per se, (I thought) my options were limited. At 17, what I did know is that I loved music and I wanted to be independent. For me, that meant earning money. I answered an ad for APRA, my first ever interview and I landed a job in the then Logging Dept. No, I wasn’t a lumberjack. We had to trawl through the broadcast logs from TV and radio and identify songs and their composers for royalty payments. This was 1979 and the days before APRA had a computer. It seems so strange to say that now. APRA was small then, about 50 staff, compared to 300+ we have now.

I immersed myself in live music in the 80’s, and most nights you’d find me at either the San Miguel Hotel (Cammeray), or the Manly Vale Hotel, seeing a dizzying array of our finest – Midnight Oil, Dragon, INXS, Matt Finish, the Models, Mental as Anything, Hoodoo Guru’s. Little did I know it then, but it was actually great grounding for my future role in Membership at APRA. You could call it research.

Over time, I managed to get a few promotions – supervising small teams, then into management, working in various areas such as Distribution, then Publishing. The latter really opened the industry to me and I started to figure out how it all fitted together. It also gave me a pathway to international networks, working on various International workgroups for CISAC (the Mother of all collecting societies). Through a series of organisation restructures, I ended up in Membership and then Head of Member Services – overseeing Membership, Distribution and International. Possibly, the best job in the World. I stepped down from that role at the end of 2013 so I could relocate to Melbourne (possibly the best City in the world) and work part-time.

I’ve been really fortunate to have had the support of CEO’s who happen to like the work I do. Men such as Brett Cottle and his predecessor, John Sturman. They have given me every opportunity.

Do you feel that higher education is necessary to establish a career within the music industry?

Well, for me, it hasn’t been, but I do concede that was a lifetime ago and the conditions and expectations of last century do not necessarily apply to today. My university has been 35+ years of experience and learning on the job. Our industry, fortunately, is full of people who are genuinely passionate about music, who are committed to good outcomes. You still need skills and expertise to be effective, whether that be gained via higher ed, specialist courses or on the job. I think it’s more about a confluence of what drives you, where you’re interests lie, what a particular job demands of you and where you see yourself going. From there, you figure out what skills you need to develop.

What is the best life advice you’ve ever received?

I was working for a dragon (name withheld) who, most of the time, completely disarmed me. It was intimidating and I would, more often than not, simply avoid seeking permission for a particular course of action. Rather, I would just use my own judgement to avoid confrontation. For a young inexperienced pup, this wasn’t always the best thing to do. A manager colleague at the time, simply said “be prepared”. It was empowering. In the sense that, if you know your shit, if you work through all the possible options – then you are in control. It has served me well.

You’ve been in the industry for 35 years – how has it changed for you specifically? Are there some things still the same?

Certainly, the principles remain the same. The principles of valuing intellectual property, that composers, songwriters and artists are entitled to remuneration for their creative endeavours. Those values are steadfast but have to be continually defended (just look at the recent Productivity Commission’s recommendations to expand Australia’s copyright safe harbour provisions). What has changed is the mechanics around that. The proliferation of how music is distributed and consumed and the need for the industry to meet the new technology and consumer demands, whilst protecting the interests of artists.

An issue close to my heart is that of mental health and the prevalence of it in the industry. We have finally grown up enough to discuss it openly and honestly at an industry level. But, the conversation is just the start. If we are serious about supporting our artists, our colleagues, then we have to be prepared to have a serious response.

Support Act is looking at a range of ways that we can play a part. Not only in developing support services, but we’re also exploring what industrial factors could be reformed to provide safer environments.

The broader context to this, is that homosexuality was only decriminalised in NSW in 1984 and the anti-discrimination act was enacted in 1982. After that, it meant that I couldn’t lose my job, but I could go to jail. Go figure. The world has thankfully moved on (somewhat) and so have I.

How do you unwind from all of your responsibilities?

Well, I quite like a good mountain to hike. I’m pretty active and you’ll generally find me jogging or on a tennis court or golf course. I love the footy and it’s a real joy to watch my team the Sydney Swans. Although, 2017 is not looking so good for them. Otherwise, I’ll have my head stuck in a book.

What is the most rewarding experience that you’ve been a part of during your career? (I’m sure there’s a few – feel free to include more than one!)

It’s only dawned on my quite recently that I like building things. I like seeding projects. Coming up with an idea, building a framework, developing partnerships and hopefully watching it grow and evolve. My roles at APRA AMCOS have allowed me to do just this.

Being a part of Sounds Australia at the very beginning has been a rare privilege. From securing 2 years of pilot funding from the Australia Council in 2008, to appointing Millie Millgate to run the show (best decision ever) and to witness Millie develop the export office into what it is today, is just remarkable.

Danielle Caruana (Mama Kin and The Seed) and I dreamt up a program called In Bound. We were frustrated by the geographic and cost barriers that are present for NT based bands. How do we get these bands in front of the east coast decision makers? The solution: take the decision makers to the NT. In partnership with Skinnyfish, we developed In Bound which sees 2-4 industry players attend the Barunga Festival (70 km’s south of Katherine) each year. Part cultural experience, part music festival it is designed to highlight the issues of isolation faced by Aboriginal music artists living in remote communities, the unique musical talent in northern Australia and to broaden the industry’s view of a mostly unseen musical sector.

And lastly, the 2012 Song Summit. It was our 3rd and final event with Destination NSW. Aside, from the success of the event. It was an absolute joy to work with such talented APRA colleagues, under the most stressful of conditions – Jana Gibson, Milly Petriella, Narelle Butterworth and Dean Ormston.

OK, one more. Securing Gurrumul for his first ever Sydney performance at our inaugural Song Summit in 2008. He nailed it. The room was spellbound. 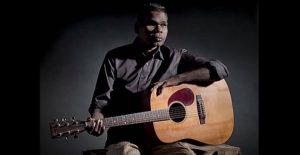 Genevieve Lacey – Chair of the AMC, recorder virtuoso, serial collaborator and artistic director. One of the most gifted people I have ever met. A brilliant mind, an enviable spirit of generosity and a care factor that is off the Richter.

I’m about to embark on a research study on Aboriginal music artists in Victoria, thanks to Creative Victoria.

Support Act is looking to host an industry wide Summit on Mental Health during the year and we’re looking at some options as to how we expand some of our social and counselling services.

Working with the R+D team at APRA on our digital and mobile strategy. 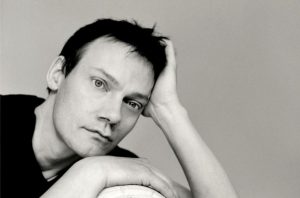 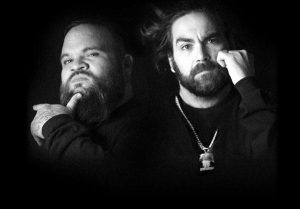 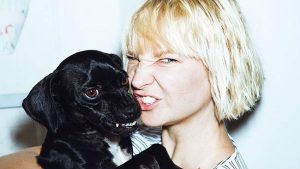 Islands in the Stream. Still haven’t found my Kenny tho’ 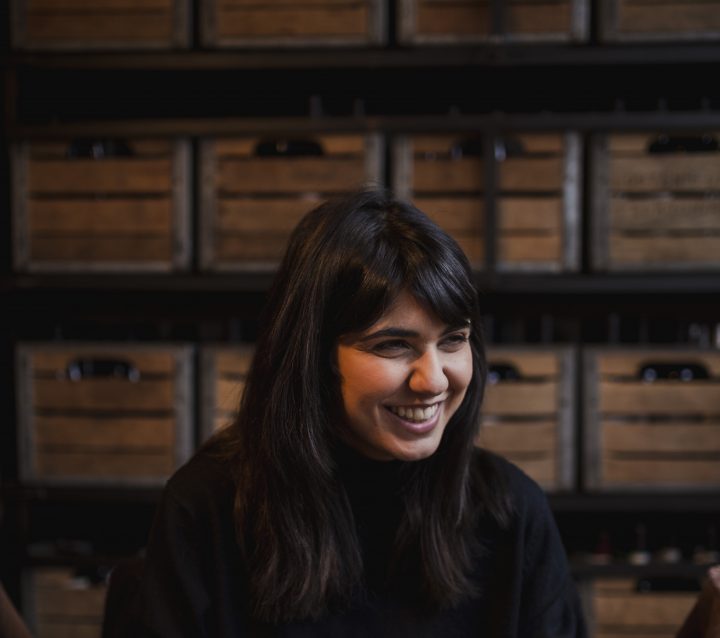 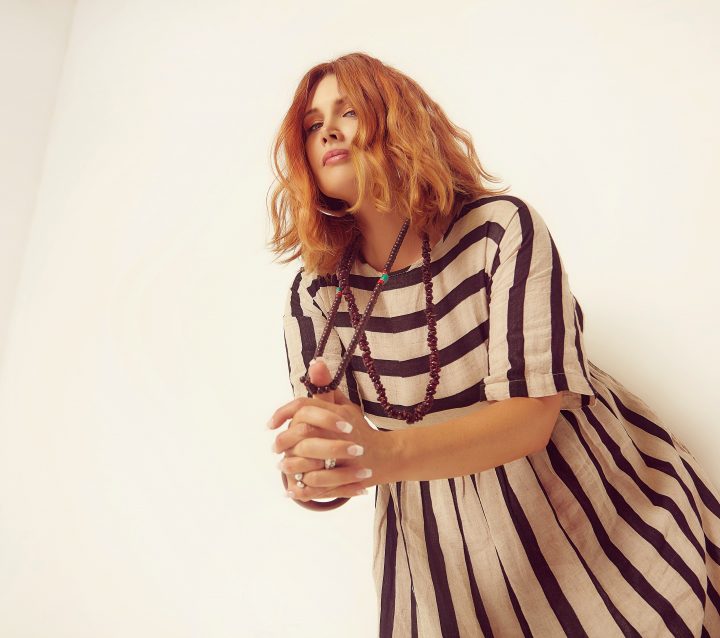 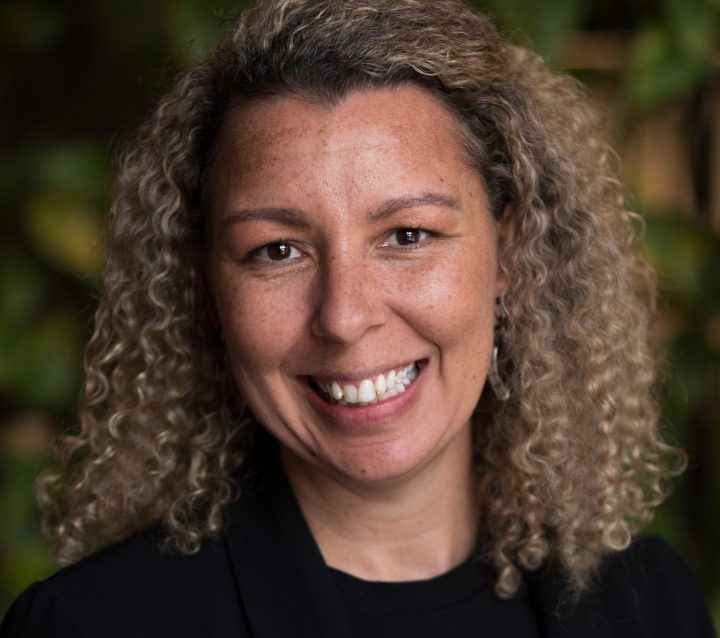